When Was the High Five Invented? 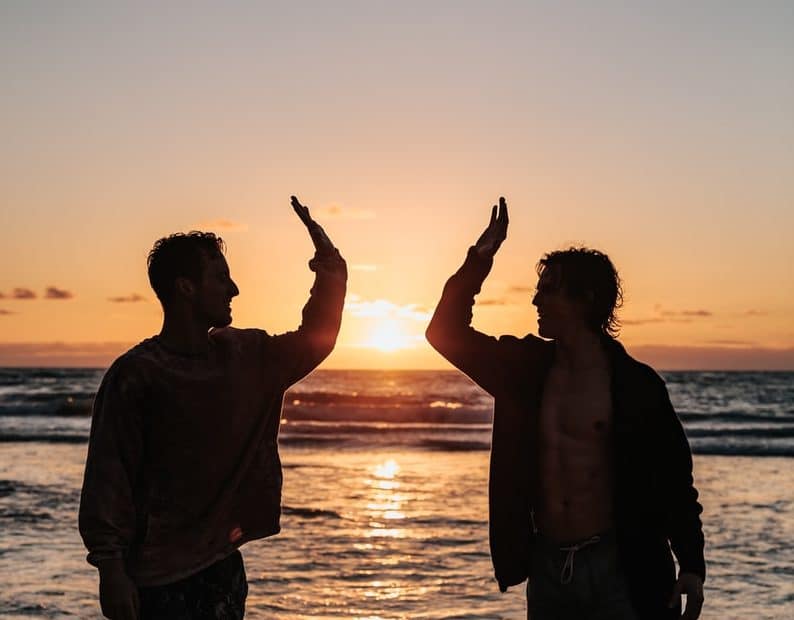 Contents hide
1 High Five Meaning and Definition
2 Is it high five or hi five?
3 What does the expression “high five” mean?
4 Who invented high 5?

The high five is a symbol of joy, celebration, and sportsmanship to some degree, and it’s something that we just know exists. Around the world, everyone knows what a high five is, and everyone knows that it symbolizes something good. But do you ever wonder where did high five come from? Who invented it, or how was it created? Well, let’s find out!

Before anything else, what exactly is a high five? If we look at the dictionary, it is both written as a noun and verb. Interestingly, the high five was only added by the Oxford English Dictionary to their list as a noun in 1980 and added as a verb in 1981. To date, the New Oxford American Dictionary sets the high five as a noun and a verb.

noun a gesture of celebration or greeting in which two people slap each other’s open palm with their arms raised:

greet with a high five:

the two officers high-fived each other

Is it high five or hi five?

There are accepted permutations on spelling “high five,” but it’s seen as “high five in the dictionary.” Other words can be a variant of the term “high five” like “High 5”. Overall, if you’re looking for the exact word, you can refer to it as “high five.”

What does the expression “high five” mean?

When someone expresses “high five,” that simply really means the person is inviting you to bring up your hands and slap them together, to express something in celebration and joy.

There are several stories of where the high five originated, but we think there’s a considerable chance that the gesture originated from something sports-related.

This particular story that commenced in 1977 is likely the most famous story of the high five originated. The story claimed that the first high five happened at the Dodger Stadium during a baseball game. The action occurred between Glen Burke and Dusty Baker of the Los Angeles Dodgers. It was said that Baker hit a home run that was significant as that home run made the Dodgers team have four players in their team with 30 home runs each. After Baker’s home run, Glenn Burke was the next batter and decided to congratulate Baker. Burke then raised his hand toward Baker, who returned the gesture and smacked hands. And so, that was the first high five.

Interestingly, the Dodgers used the high five as their form of salute and symbol of team pride that they used when a player hit a home run.

This story is well documented, though there have been other stories and claims on how the high five started. Probably the gesture developed at the same time in different places and areas, especially during sports. However, we are highly convinced that the high five is fun, joyful, and celebratory!